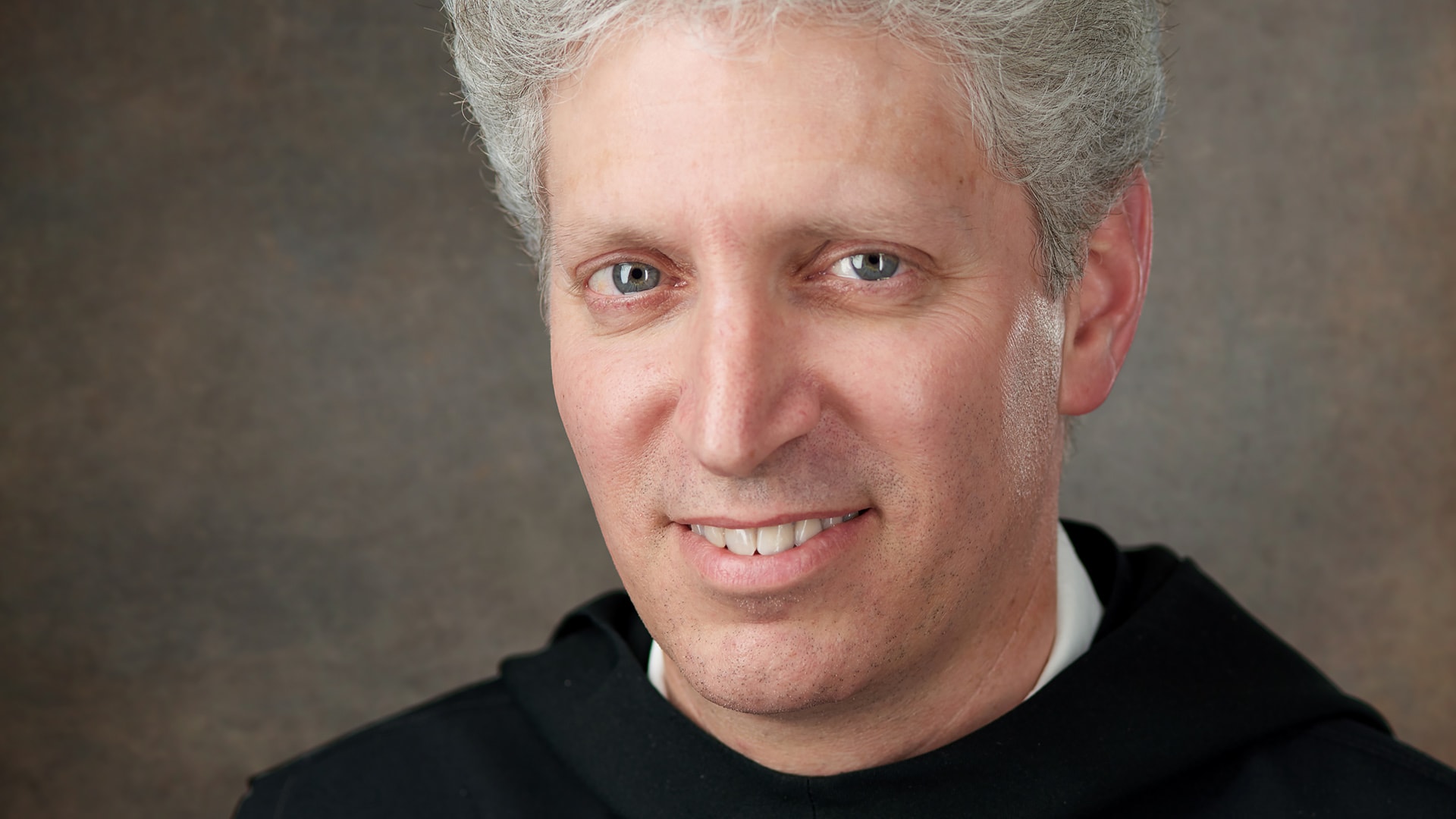 Born and raised only fifteen minutes’ drive from the Abbey, Br. Joachim (George) Sanderson came for a visit in 1987 while attending Nashoba Valley Technical Vocational High School, Westford, Massachusetts. Although he had no intention at that time of entering a monastery, his visit made a lasting impression. After several more visits, he completed school, joined the monks on a trip to Rome for Abbot Xavier’s ordination in May, 1989 – and then decided to become a monk himself at the Abbey. Br. Joachim professed monastic vows on December 7, 1991.

Brother Joachim’s training as a carpenter, plumber and furniture repairman have made him much in demand all the years he’s been a monk. Currently he is director of maintenance and of buildings and grounds as well as socius to the formation director.

A Reflection by Brother Joachim

God calls young men to religious life more frequently than you might imagine.  But in our day, few of them are listening. I know, for I was once one of these young men.

I first came to Saint Benedict Abbey in 1987, after much prompting from friends who had been regular visitors at the abbey for years.  I came first to Sunday Mass, then to a few retreats; in 1989, I even went to Rome with the community for Abbot Xavier’s ordination to the priesthood.  However, until 1987, monastery was not a word which popped up frequently in my vocabulary.  And certainly the thought of joining a monastery was nowhere in my head.

When I first visited the Abbey, I was living just fifteen minutes away from it in the town of Shirley, Massachusetts, and was going to Nashoba Technical High School in Westford.  My word was in various trades: painting, paperhanging, plumbing, landscaping and carpentry. A year after school, I branched out on my own. While coming to Mass every week and talking to the monks for three years, never did I feel that I would become one.  I even remember saying to one of the brothers: “I think that all that you and the monastery do is great and I support you, but I would never do this myself.”  They are “sweet words” that, eventually, I ate.

In January, 1990, I decided, purely out of curiosity, to stay at the Abbey for a month and spend the time doing everything that the monks did. I began this experiment of mine two days after my twentieth birthday. At the end of my month stay, I went home for a week, called my customers to cancel any work I had planned with them, and returned to the Abbey – never to leave it again.  I had found where God wanted me to be.

The quote that comes to mind as I write this is from St. Augustine: “Late have I loved Thee.”  Yes, at twenty, I felt I was late.  When I look back and see all the missed promptings and opportunities, all the graces offered to me and mercies shown me, yes, He was calling, and I did not want to listen.  For you can feel that you are not called to religious life and convince yourself of it, yet God could still be calling you. Window shopping does not work in this case; you cannot hear His voice through the glass.  The words that He spoke to me could now be the words that He now speaks to you; the very words that He once spoke to His disciples when they inquired where He was staying: COME AND SEE.