Friends of the Abbey 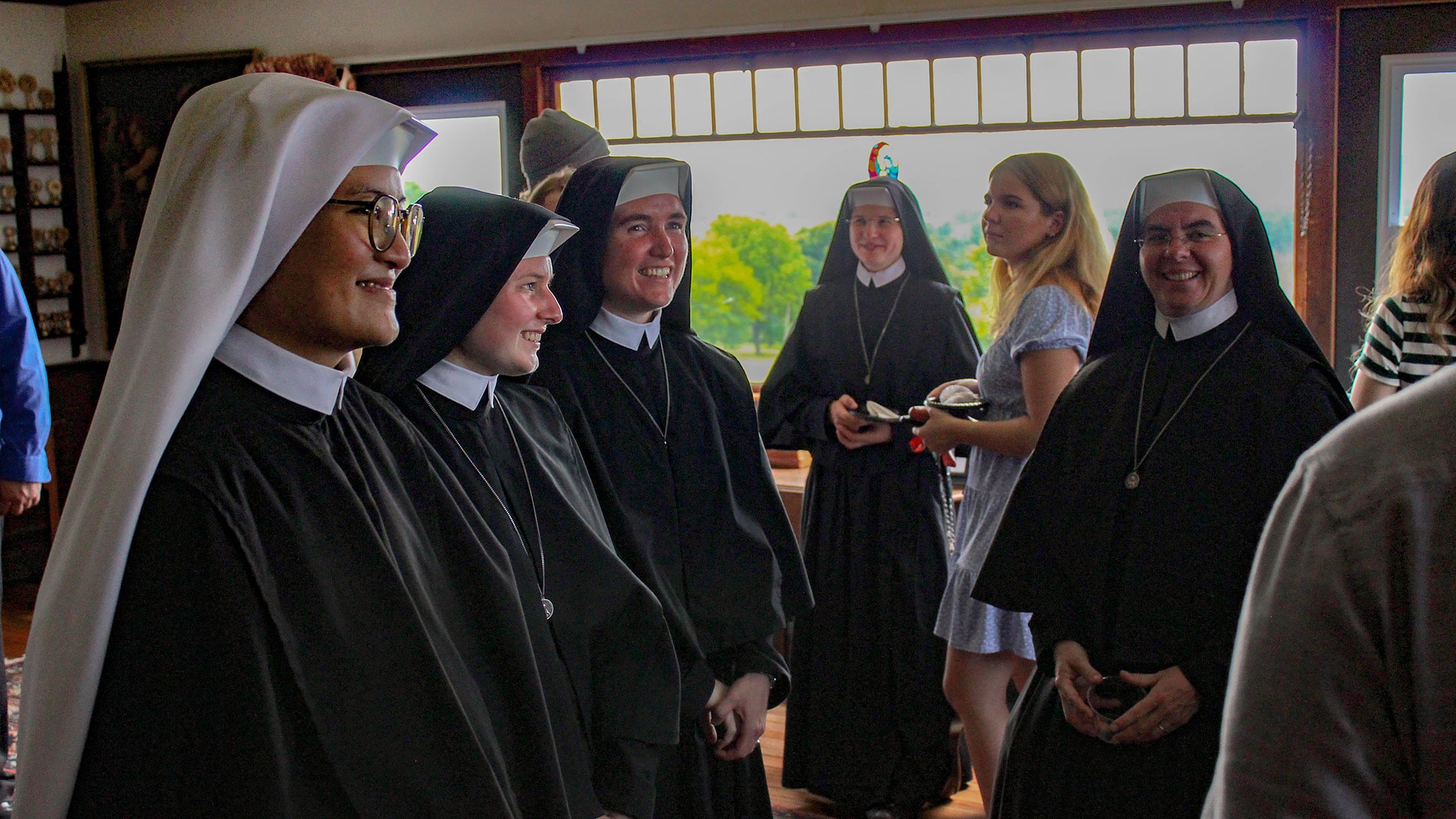 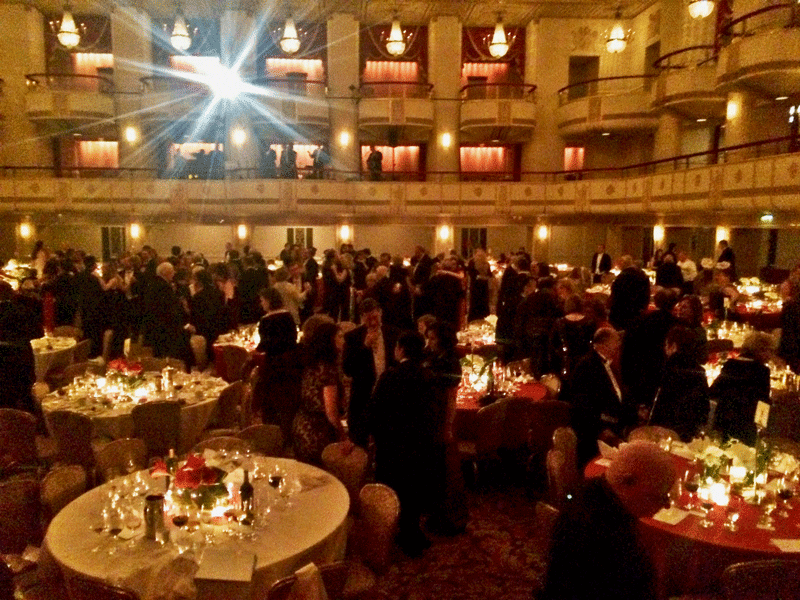 The Grand Ballroom of the Waldorf-Astoria was packed with the Knights and Ladies of Malta at the dinner after the induction ceremony in St. Patrick’s Cathedral. 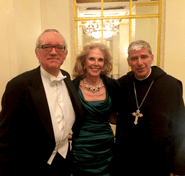 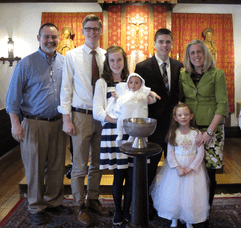 The Hougham family, especially Monica, was excited to have their new baby, Faustina, baptized at the Abbey. 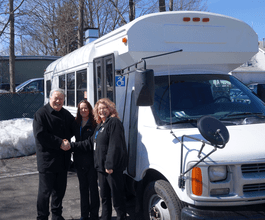 John Corr and his company, TransGroup donated a mini bus with a handicap lift to transport people in wheelchairs. Fr. Peter got to drive it back from New York.

Teresa and Jim Fitts brought three wonderful families for sledding on the huge piles of snow at the Abbey from the Newman Center community at UMass Amherst including Craig and Tricia Nicolson and their awesome family. 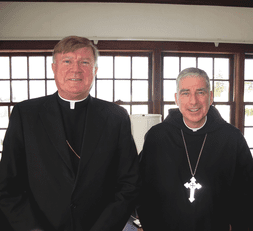 Bishop McManus and Abbot Xavier hosted a Day of Reflection at the Abbey for the priests of the Diocese of Worcester. 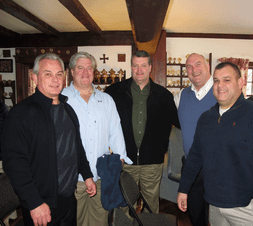 Milke Taylor (left) gave an inspiring Breakfast Talk to about 40-50 guests, using principles from his successful football coaching applied to business and personal life for leadership. 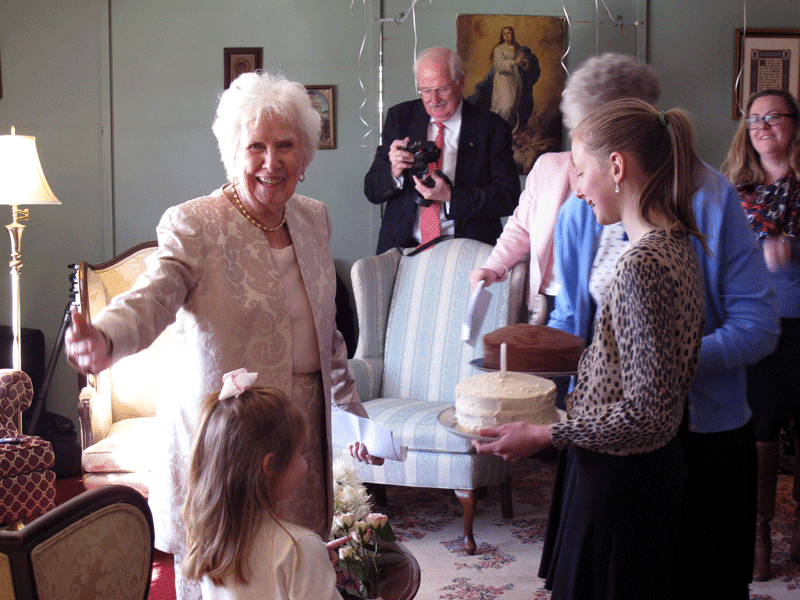 Nancy Connelly celebrated her 90th Birthday at eh Abbey with a Mass and a Party and her children, grandchildren, and great-grandchildren.

Abbot Xavier and the community hosted a meeting for New England Monastic Superiors. Monks and Nuns from New Hampshire, Massachusetts, Connecticut and Rhode Island, including Abbot Damien from St. Joseph Abbey, Spencer, and Abbot Caedmon from Portsmouth Abbey, discussed how to keep the proper balance of prayer and work. 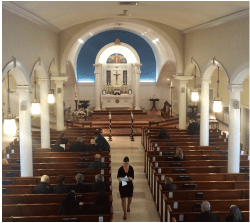 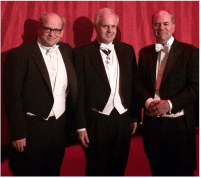 The occasion was the induction of Bob Conway, pictured here with Chris and Peter Johnson, when Bob was inducted into the Knights of Malta. 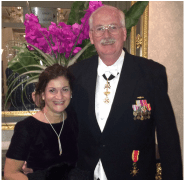 Admiral Thomas Connelly and his wife, Darlene, attended the festivities.